Last Valentine’s Day, my partner somehow asked me to visit France with him, without actually asking me—a situation we awkwardly resolved.

Somewhere in the midst of impossible body standards, and a flawlessness these articles touted sans-cosmetics, I stopped caring. I was going to stuff my face with croissants and cheese no matter what lipstick I had on. 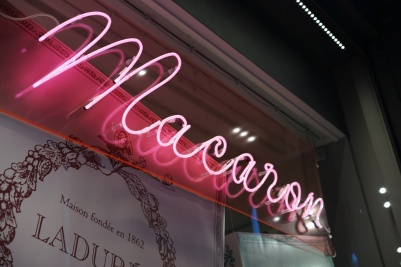 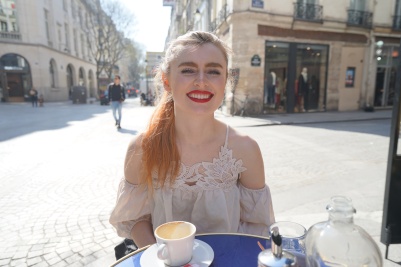 There are no more Starbucks in Seattle than pharmacies in Paris. Signs stick out from above front doors down every other block. Their universal flashing green crosses initially gave me the impression Paris was full of pot shops, rather than cosmetic junkies.

And these certainly aren’t one stop shops like Walgreens’ or Rite Aid. They’re hole-in-the-walls stacked deep with lotions, creams, cleansers, hair products, and fragrances. Basic necessities take a significant backseat. I personally struggled to find toothpaste. As for makeup, no more than a few brands and shelves.

My partner and I picked up a few saving-grace products while there: 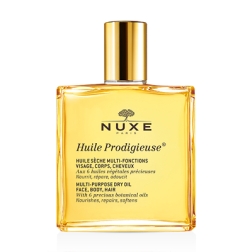 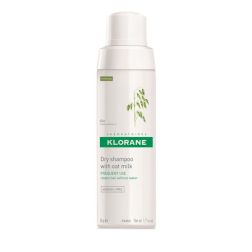 Nuxe Oil: This is a dry oil so it absorbs into skin fairly quickly.  I’ve been using it on my hair, body, and face with success. Leaves my skin feeling moisturized rather than greasy, and as a person with a tiring history of acne and sensitive skin, I was pleased to find it neither made my skin break out or react. Makeup also applies on top nicely. My partner has even been using this in his curly hair and it looks better than ever. The fragrance is strong and sort of peppery—probably suits French tastes more so than American.

Klorane Dry Shampoo with Oat Milk: I only wash my hair once a week so my dry shampoo standards are very, VERY high. This was gentle on my scalp and has a neutral scent. It’s powdery but not in a chalky sort of way. Right now it’s running head to head with Batiste for my #1 spot, although if you have a sensitive scalp, it takes the top.

Bioderma Intense Moisture: This stuff is great! I put it on before bed, in the morning, on my face, body, lips, and every place in between. I even bought a bottle for my grandma! Wish I would have found this earlier. If you’re looking for a game-changer, this is it.

As I mentioned earlier, there were a few articles stating that French women don’t contour. It’s actually true. I was scanning faces for the slightest degree of unnaturally chiseled cheekbones, and sleek noses. The only ones I found were on tourists, and my face, because hell no, I was not giving up contour on this trip.

My impression was that French women were leaving their skin alone. Minimal, if any foundation, no contour, and accurately lined lips. Their features were, well, what they were, and they seem to embrace that. As much as I keep noting that I love to contour, I loved appreciating particularity noble noses, unbalanced lips, and smatterings of freckles and spots.

If anything, the locals were more focused on fresh and bold lip colors, defined brows, and mascara. A sort of, “I’m not trying (but yes I’m trying)” look. On nights out, I noted more red lips and an occasional smokey eye—never together—but nothing else. French beauty standards/trends seem to prefer a one-feature emphasis, rather than everything at once.

I’m not sure how they do it, but most of the French folks I saw gracefully walk the fine line between “I just rolled out of bed after a night out”, and “My hair is that of a goddess.” I struggled to find people who appeared to have used a straightening wand or curling iron. More sleepy waves, tight bouncy curls, and slightly misshapen ‘straight’ locks left free than anything else. 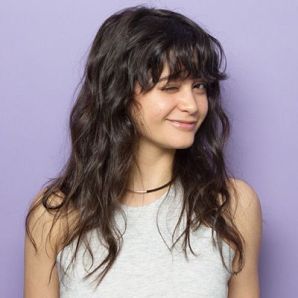 I also failed to notice roots. People here don’t seem to be clamoring for bleach blonde, or shades they weren’t born with. So unless I’m mistaken because everyone has an incredible hair stylist and bags of money, embracing natural colors and textures is the go-to. And I’ve got to say, it’s extremely refreshing.

French people are not a bunch of thin, white, waifs.

If you’ve heard the myth, it’s simply not true. French people are every kind of people, diverse in every way. Including all the ways that defy white European beauty standards: see the thin white woman.

You might have also noticed that many of the articles you’ve read about people who meet and shape these beauty standards, stack up to this idolized description (Yes, this includes me). We have a history in which white people have held positions of power. This is still true and should be pissing everyone off, even if it lends people such as myself privilege.

So don’t believe the BS. French people are fat, thin, ethnically diverse, defy the gender binary just like everyone else, and everything in between. These are the things make us unique and beautiful.

Don’t let these standards stifle your creativity. Some of the most talented, stunning, and creative people I know defy all this much touted French beauty buzz. It really isn’t the end-all of aesthetic bliss. To be honest, some of the most interesting fashion and makeup I saw in France was that of Japanese tourists, rather than native Parisians.

The trends are interesting, and the skin products pampering, but you’ll be much happier eating baguettes, macaroons, and gelato, than spending too much time on French beauty articles.